The International Conference on Hunting and Gathering Societies (CHAGS) meetings advance knowledge about hunter-gatherer societies, generate intellectual exchange and debate, and have made significant contributions to our understanding of the human experience. CHAGS 10 and CHAGS 11 both attracted unprecedented numbers of first-timers and students across the four fields of anthropology and beyond and showed that hunter-gatherer research is vibrant with new disciplinary crossways and approaches, with heartening concern for the “real world” problems that hunter-gatherers must deal with.

Since 2014, the institutional framework for CHAGS has been provided by the  International Society for Hunter Gatherer Research (ISHGR), a learned society for the promotion of research and better knowledge about hunter-gatherer societies in the past and the present. The ISHGR is a legacy of CHAGS 10 (convened by Larry Barham at the University of Liverpool in 2013), when the decision to found the Society was made in plenary.

ISHGR is the first ever formal network for scholars specialising in hunter-gatherer studies. One of its primary goals is to oversee the continuity of CHAGS. CHAGS 11 (2015) was the first conference of the ISHGR, convened to great success by Peter Schweitzer at the University of Vienna with Khaled Hakami as Conference Coordinator.

CHAGS will now take place every three years, with meeting location to be decided through open calls for conference convenors.

For CHAGS 12, we will place emphasis on Southeast Asian peoples, and what they continue to teach us. We aim to cultivate diversity in concept-building and good practices of working with and relating to hunter-gatherers. 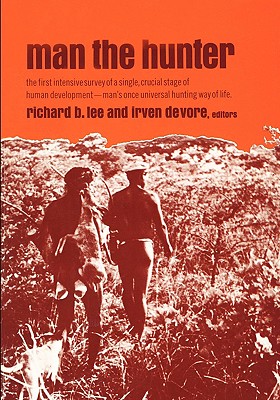 CHAGS goes back to the historic “Man the Hunter” symposium organised by Richard Lee and Irven deVore in 1966 in Chicago. This meeting brought together some of the most prominent anthropologists and archaeologists of the day together with a then-emerging cohort of hunter-gatherer fieldworkers (totalling 67 scholars from 14 countries, although participants were predominantly North American). The result was the edited volume of the same name (Lee and deVore 1968), which has since become a landmark in the history of hunter-gatherer research, and continues to be consulted. Conference and publication both firmly established the study of hunter-gatherer societies as a defined field of study in its own right.

As recounted by Richard Lee, “Man the Hunter had been intended as a one-off event, but a decade later in 1978, Maurice Godelier convened a follow-up meeting on hunters and gatherers in Paris at the Maison des Sciences de l’Homme. . .The Paris conference's success indicated that there was a serious demand for conclaves about hunting and gathering peoples.” At the next meeting, at Laval University in Quebec City, Canada in 1980, “the term CHAGS was coined to provide a shorthand for what was becoming an ongoing enterprise.”

Since then, the conference has been held every few years, bringing together a global range of specialists from fields as diverse as anthropology, archaeology, linguistics, biological anthropology, paleoanthropology, human evolution, sociobiology, genetics and, latterly, conservation, resource management, indigenous rights, gender, and development studies. The geographical coverage of the conference is extensive, and envelops all continents where current and former hunter-gatherers live.

The longest interval between CHAGS meetings was from 2002 to 2013. And then came CHAGS 10, convened by Larry Barham at Liverpool. The conference is not only revived but now has an institutional home in the International Society for Hunter Gatherer Research. Hunter-gatherer studies is alive and well.

READ MORE ABOUT THE HISTORY OF CHAGS