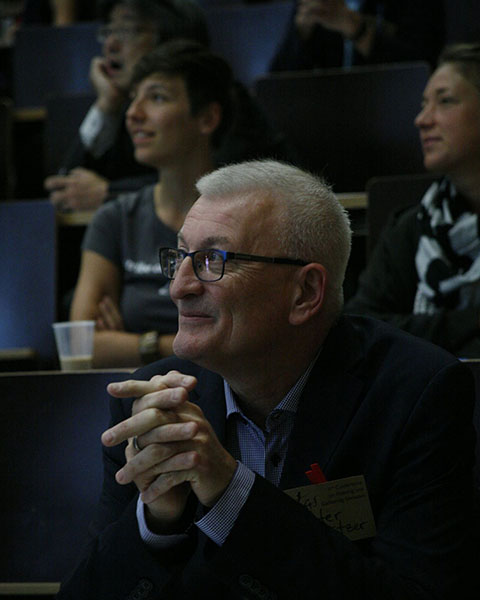 Peter Schweitzer is Professor at the Department of Social and Cultural Anthropology at the University of Vienna and Professor Emeritus at the University of Alaska Fairbanks. He received his Ph.D. and then Habilitation in Social and Cultural Anthropology from the University of Vienna. His theoretical interests range from kinship and identity politics to human-environmental interactions, including the community effects of global climate change, and his regional focus areas include the circumpolar North and the former Soviet Union.

He became interested in the hunters and gatherers of Siberia during the 1980s, when their mere existence remained largely unacknowledged for political and typological reasons. CHAGS 7 in Moscow (1993) was among the first major conferences to correct this misconception, and Schweitzer was co-editor of the volume resulting from that meeting, Hunters and Gatherers in the Modern World (Berghahn, 2000). Since then, he has been working with Alaskan hunters and gatherers (primarily with Inupiat of Northwest Alaska), as well as continued research in Siberia, with hunters and gatherers and others alike. In 2015, he served as the convenor of CHAGS 11 in Vienna.

Schweitzer is past president of the International Arctic Social Sciences Association, and past chair of the Social and Human Sciences Working Group of the International Arctic Science Committee (IASC). He is the editor of Dividends of Kinship (Routledge, 2000), as well as co-editor of Arctic Social Indicators (Nordic Council of Ministers, 2010) and Arctic Social Indicators II: Implementation (Nordic Council of Ministers, 2014). Schweitzer is also a co-author of Russian Old-Settlers of Siberia (Novoe izdatel’stvo, 2004; in Russian) and of Arctic Sustainability Research (Routledge, 2017).